The Year of Our Lord 2020 will forever be remembered for its chaos, uncertainty and turmoil — but despite it all, there were still bright spots, glistening golden kernels sprinkled throughout the massive, fetid number two that was the calendar year. Americans rekindled their interest in baking bread and playing chess, a foreign film won Best Picture at the Oscars for the first time (remember the Oscars?!), drive-in movie theaters got a new lease on life, and a number of well-received albums were released by established acts as diverse as AC/DC, Bob Dylan, Fiona Apple, Lucinda Williams, X, Toots (RIP) and the Maytals, Bruce Springsteen and Taylor Swift.

Oh, and over in Old Blighty, a restless Paul McCartney spent his time in quarantine rattling around alone in his home recording studio, inadvertently producing enough new material to fill an album. Though Macca has released many solo albums over the years, McCartney III — due to its one-man bedroom pop vibe — is considered the spiritual successor to his two previous self-titled albums, released respectively in 1970 and 1980. And though this trilogy of LPs spans a half century and quite a lot of stylistic ground, all three share a distinct sort of Paulness that lend themselves to the conceit of being a set.

For a little perspective, let’s go back to the first McCartney, recorded mostly at home in secret and placed into the Apple Records release schedule by Paul without the approval of the other Beatles — only weeks before the release of their own swan song, Let It Be. This move, along with a snarky press release issued with promo copies of the album, stoked rumors of the Beatles’ impending breakup at a time when the band was indeed coming apart at the seams.

Critics hated Paul’s debut. The lo-fi production value, the half-finished songs, the “banal” subject matter which was said to have “no substance,” the uncharacteristic barefaced hostility demonstrated by McCartney in both his public statements and his handling of the album release. While the fully-realized instant classic “Maybe I’m Amazed” was singled out for praise, the rest of McCartney was considered almost entirely forgettable, ill-advised and even a little embarrassing. No wonder it was so easy for fans to blame Yoko Ono for breaking up the Beatles — nobody wanted to believe Paul quit to do this.

His next album, Ram, was credited to Paul and wife Linda, and featured multiple additional musicians, including drummer Denny Seiwell, who would go on to serve in the first lineup of Wings. Despite producing the number one single “Uncle Albert/Admiral Halsey,” the album also received very poor marks from contemporary critics, though its reputation has improved considerably with the passing of time. McCartney would go on to release seven records with Wings between 1971 and 1979, after which he retreated, frustrated, again into his home studio to work alone. He recorded some 20-odd tracks there, 11 of which became the album McCartney II.

By this time in pop music history, the bouncy and inorganic sounds of Krautrock and New Wave were invading more and more of the Top 40, and Macca was right there. Just as Brian Wilson had done a few years before on the oddball The Beach Boys Love You album, Paul filled much of McCartney II with analog synth sounds and robotic rhythms. And once again the critics were entirely underwhelmed, though there was another number one hit, the infectious “Coming Up,” a danceable pop confection seasoned with hints of Talking Heads and Sparks.

Two other singles from McCartney were released to less success. The lovely, pastoral “Waterfalls” has the distinction of being the first Paul solo single to fail to reach the Hot 100 in the States, peaking at number 106, but it made the Top Ten in the UK. (The song also would serve as inspiration for the massive TLC hit of the same name, so that’s something.) And the Kraftwerk-meets-Benny-Hill weirdness of “Temporary Secretary,” issued only as a limited-edition 12-inch, didn’t make a blip on either side of the pond.

As it turned out, “Coming Up” would be the last Paul McCartney solo tune to top the Hot 100, though he did hit number one twice more with duets, first with Stevie Wonder, then Michael Jackson. (“Say Say Say” was in fact the number one chart-topper of the whole year 1983; Macca’s other duet with MJ, “The Girl Is Mine,” stalled at number two.)

Hits or no, Paul McCartney is not the kind of guy to sit around on his ass. He continued releasing albums, participated in the landmark Beatles Anthology and Cirque du Soleil’s LOVE project, worked with artists ranging from Elvis Costello to Nirvana to Killing Joke’s Youth to Kanye West and Rihanna, and put together a monster touring band that he keeps on the road much of the time, even as he approaches octogenarian status.

And now he has given us McCartney III, his third all-Macca homebrew affair — and I suppose it’s neither surprising nor terribly unsurprising to find that it’s pretty good, but not entirely great.

The album opens with a distorted acoustic guitar line that grows into a drone, then transforms into a sort of psychedelic march, fleshed out with noodling recorders tootling in the background. “Long Tailed Winter Bird” is almost entirely an instrumental jam, peppered only sparsely with lyrical punctuation: “Do you, do-do, do you miss me? Do you, do-do, do you feel me? Do you, do-do, do you trust me?” It really sounds like a home recording, too, presented in an unadorned mix any fan of bedroom pop will immediately find familiar — and it makes for an apt intro to this rather unconventional record.

Next up is the album’s first single, “Find My Way,” a jaunty upbeat number that owes a debt to the ’90s with a sound cribbed in equal parts from Cake, Beck and OMC’s “How Bizarre.” In typical McCartneyesque fashion, this cheerful bop about relying on one another in anxious times features a false ending in the middle, complete with a coy sixth chord a la “Help!” — before its post-hip-hop programmed drum/bass line kicks back in and starts the song all over again.

“Pretty Boys” puts me in mind of Paul Westerberg’s post-Mats work, a generically pretty guitar tune with a slightly dark edge to the lyrics, inspired by McCartney’s lifetime spent behind the scenes, privy to the less glamorous side of showbiz and fashion. The most notable thing about the song is not even obvious upon listening — the bass on the track is actually the standup Kay double bass played by Bill Black in Elvis’ early touring days. A great bit of pop culture trivia, to be sure, but not enough to elevate this anodyne number.

Immediately following is the urgent “Women and Wives,” driven by minor-key piano and underscored by a plaintive snare drum. Imagine Hozier’s one-hit wonder “Take Me to Church” stripped of its pomposity (not to mention its reverb) and you’re in the ball park. Next is “Lavatory Lil,” a silly blues-rock-inflected warning against the titular bad girl (and perhaps spiritual update of “Polythene Pam”), complete with call-and-response vocals.

The next two songs, “Slidin'” and “Deep Deep Feeling” appear in different order depending on whether you have the vinyl version of the record or digital media. (I assume this was done because “Deep Deep Feeling” is eight and a half minutes long and including it on side one of a record would have made that side long enough to compromise the sound quality.) This has the effect of putting the album’s two most traditional rock tracks, “Lavatory Lil” and “Slidin’,” right next to one another on the vinyl edition, perhaps less than desirable for the overall flow but forgivable in light of the technical limitations of the format.

The epic and lugubrious “Deep Deep Feeling,” a meditation on love so deep it hurts, is located in the direct center of the album, and it stretches out forever, getting trippier as it goes. This is the kind of song that might really goof with your head on psychedelics — repetitive but ever-changing, a seemingly endless musical case of deja vu that has you wondering, “Just how long have I been on this bus, anyway?”

“The Kiss of Venus” is a completely stripped-down affair, just acoustic guitar and Macca’s wisftul singing, delivering as sweet a love song as he’s ever written. And then, suddenly, there is a bridge, complete with surprise harpsichord solo! “Kiss” is nothing to write home about, but McCartney’s falsetto vocal performance on it reveals the age in his voice in a way that is at once endearing and kind of shocking. Is it true that after almost 60 years, this guy whose voice has been woven into our collective DNA really is just another aging bag of meat? The vulnerability on display here makes the track worth the listen.

The funky Rhodes piano intro of “Seize the Day” riffs on Ray Charles’ “What’d I Say?” before giving way to a by-the-numbers pastiche of post-’66 Beatles tropes. The drums are straight out of the Ringo Starr playbook and everything else is lifted from “Hello, Goodbye” and “You Never Give Me Your Money.” It’s almost like you asked an AI to write a Beatles song.

One of the most stylistically interesting tunes on the record is “Deep Down,” with its laid-back beat, organ-heavy arrangement and a breakdown that would be at home on Kanye’s My Beautiful Dark Twisted Fantasy. As with other tunes on this record, its reliance on simple, repetitious vocal parts belies its beginnings as a guy just farting around out in his shed, and though its swagger is not without charm, it does drag on a bit, at nearly six minutes long.

The album comes to a close with the absolutely most full-on Paul McCartney track of the lot, “When Winter Comes.” Preceded by a short reprise of the opening song, this intimate, bucolic portrait of blissful country life is a worthy follow-up to McCartney-penned classics such as “Blackbird” and “Jenny Wren.” Over a single strummed acoustic guitar, Paul sings sweetly: “Must find the time to plant some trees in the meadow where the river flows. In time to come, they’ll make good shade for some poor soul.” This song perhaps best summarizes the mood of this whole album — a respect for the ways of the past, but with both feet in the present and both eyes on the future.

In the end, McCartney III is neither a masterpiece nor a dud. There is nothing on it bad enough to fast-forward through, and at least half of it is a genuine pleasure. If anything, III really is analogous to the prior pair of McCartney titles in its uneven mix of high craft and uninspired navel gazing. But its flaws are forgivable, and its charms are numerous — and the Beatlemaniac inside me can’t help but look on it with warmth as a friendly postcard from an old friend.

The timing could not have been better. 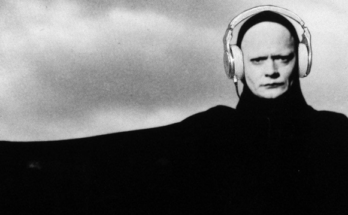 Little House on the Alley