Well, another year is just about in the can, and as usual, there is a long list of talented folks who have left us over the past twelve months. For your New Year’s listening pleasure, I have spent considerable time, effort and no small sum of sanity curating this intense playlist of just a few of them.

As was the case with the mammoth 2020 playlist, here I have included music from artists all over the world, omitting only those whose output is in long-form work (like Dutch composer/organist Jan Welmers, who specialized in lengthy minimalist organ pieces), or too experimental for inclusion in a casual-listening playlist (such as English multimedia artist and looping pioneer Philip Jeck), or those whose work is simply unavailable on Spotify (many). Not a lot of classical to be had due to lengthy pieces, either. But it’s still quite a mix.

There’s a fair amount of jazz, and some surprise Christian thrash, and some Native American flute, and cowboy music, a Chinese movie theme, a Russian folk tune or two, a little Croatian New Wave, a couple rockabilly chestnuts right in a row, a spot of Israeli pop, one song performed on singing glasses, and even a bizarre tribute to brutal South American dictator Augusto Pinochet(!). Oh, and I will never cease being shocked at just how many hugely famous “playback” singers there are over in India, Pakistan and beyond — nor how many of them seem to pass away every single year. There are a pile of them woven throughout this playlist.

In several cases, a song is included because its composer — rather than one of its performers — has passed. And in one case, a non-musician appears because of his tongue-in-cheek appearance on a Byrds album.

In the unbelievably tedious process of assembling this playlist, I stifled my natural OCD tendencies, which would have had me spending countless hours arranging this huge pool of songs into an order that I personally find aesthetically satisfying. Ignoring all such subjectivity, and just placing the songs into this arbitrary order, creates striking and sometimes funny juxtapositions and streaks of strangely related material. Patterns appear and disappear like eddies in a stream. There are tender ballads followed immediately by heavy rock riffs, stretches of two or three piano jazz tracks in a row, at least one mambo run, and at one point two frankly silly novelty records are only prevented from appearing back-to-back in the playlist by the fact that Q Lazzarus’ “Goodbye Horses” is wedged between them. Somewhere around October or so there are five or six songs in a row with non-English vocals, each one in a totally different language from points scattered across the globe. It’s quite a buffet.

In the end, the whole list runs well over 400 songs long, and will play for more than 25 hours straight if your Spotify player is left running long enough to reach its end. Listening to this is like a whistle stop tour of the Music of Planet Earth, going all the way back as far as the 1930s and sampling selections from every settled continent. It’s a remarkable experience listening to it for hours straight, hearing all these ghosts play and sing for us one last time. Whether quiet or loud, familiar or foreign, fast or slow, long or short, instrumental or vocal or a cappella — this is the sound of humanity, and this is a novel and moving way to listen to it in a way that we rarely take the time or effort to do.

Here is wishing all of us the very best going forward in 2023. May it be full of love, light and music of all kinds. 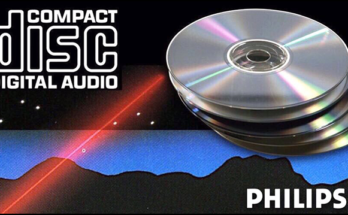